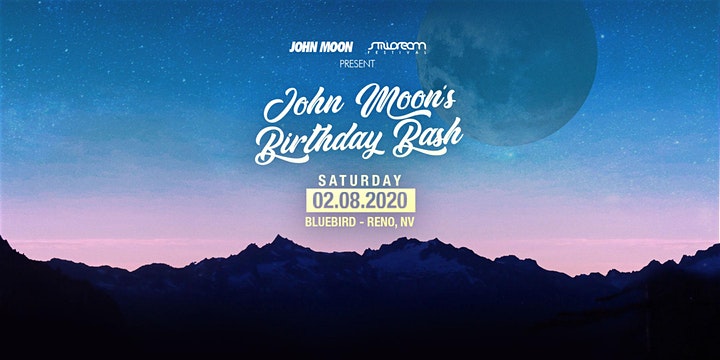 Originally formed in Las Vegas in 1993 by co-founders Scott Kirkland and Ken Jordan (now retired), The Crystal Method is one of the most successful American electronic acts. Pioneers of the big beat genre and innovators of the ‘90s electronica movement, The Crystal Method has remained at the forefront of the worldwide dance music industry for more than two decades.

The Crystal Method this year celebrates a 25-year career, which has resulted in an extensive discography that includes: the platinum-selling Vegas, the band’s debut studio album and one of the top-selling albums worldwide by an American electronic artist ever; Tweekend (2001); Legion of Boom (2004) and Divided by Night (2009), both of which received Grammy nominations in the Best Electronic/Dance Album category; and The Crystal Method (2014).

As The Crystal Method, Kirkland’s music and creative output also extends into film and TV, where his credits include: the theme song for hit Fox TV show Bones; the score for indie film London; composing the music for the J. J.-Abrams-executive-produced Fox TV drama Almost Human; the film score for the documentary Hired Gun: Out of the Shadows, Into the Spotlight; and the theme song for 3 Below, an upcoming TV series from Academy Award winner Guillermo del Toro, which debuts on Netflix this fall.

In September 2018, The Crystal Method will release The Trip Home, Kirkland’s first as a newfound solo act, on the band’s own Tiny E Records.

Confident. Exuberant. Raw. Innovative. These are just a few of the words industry insiders and fans have used to describe the talent behind one of America’s favorite house DJs, Donald Glaude. From a career spanning over two decades, traveling and rocking dance floors all over the globe, Donald Glaude has cemented his reputation as a crowd-rocking favorite and one of the most in-demand artists in the United States. He is one of those rare DJs who perceives their role to be that of an all-around entertainer and performer. He exudes energy, dropping track after track, arms aloft, and has been known to join the dancers on the floor. It is the combination of these ingredients that have helped him create a unique connection with his audience.

Donald Glaude was a member of Funky Techno Tribe, one of the first DJ crews formed pertaining to house music. The group’s members included DJ Dan, DJ Sneak, Bassment Jaxx, Mark Farina, Jeno, and Tony Hewitt. Eventually, this led him to join the legendary record label Moonshine Music. Releasing numerous live compilations for the label placed him among the DJ elite. Being ahead of his time, Donald is one of the first DJs to have a Las Vegas residency and a reality TV show called “The Club.”

Darksiderz descend upon us from the far reaches of the unknown. He brings a powerful sound of exclusive hard beats that will control both your mind and your body once you step onto the dancefloor. He is a powerhouse behind the decks and in the studio with influences ranging from hard dance to industrial to death metal. He has combined different sounds to spawn a new hard EDM concept and the world will soon know the power of the darkside.

Turntablist and Producer CGK has over a decade of experience. He has had numerous successful releases on various labels and has shared the stage with many big names in the Hardstyle and Hardcore scene. Expect intense mixes and tons of energy during his sets.

DJ ICON has become an iconic figure in the U.S. dance music industry and beyond. With a career spanning two decades, she has captivated audiences across the globe with her signature heavy-hitting cross-genre sound that mixes up Breakbeat and Bass Music with Electro/Future House. With her magnetic stage presence, skillful DJ mixes and successful releases, it’s no wonder why she’s been dubbed one of the leading ladies of her domain.

Born and raised in Northern California, G.A.M.M.A. (AKA Paul Plescov) burst onto the techno scene in 1997. Listening to many different styles of underground electronic music at a young age has made G.A.M.M.A.’s own musical style diverse, hypnotizing, and addictive. Spinning a continuous and flawless mix of bass music, dubstep and house, has brought G.A.M.M.A. worldwide notoriety.

Founding the Stilldream Collective in the year 2000 proves G.A.M.M.A. is not just another DJ. This company in the last 18 years has thrown numerous events / festivals, as well as brought to California ears the unrelenting and mind boggeling sounds of Tipper, Dillon Francis, Odesza, Big Wild, 12th Planet, Hybrid, Joker, Ott, EPROM, Mark Farina, Doc Martin, Space Jesus, The Polish Ambassador and many many more. With a strong dedication to quality, Stilldream brings innovative music to everyone.

A look back at this years Freakers Ball event with

Sound, lighting and deco we did at Zombie Crawl..

Where the aliens play

Next year we’ll add a DJ out front too 😂

Saturday, October 22, in collaboration with @deadr

Favorite time of the year is right around the corn

@djpastorryan sending his biometric data into the

@camparrowdynamic party on a Tuesday night with so

Burning man was pretty awesome to say the least..

Last Boombox Social event was a fun intro of what